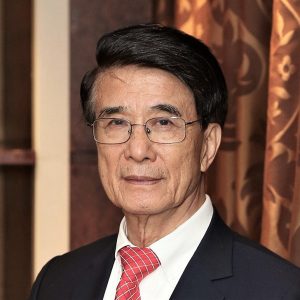 Professor Chu has received numerous awards, including the National Medal of Science, the highest honor in American science, the International New Materials Award, the Comstock Award of the American Academy of Sciences, the Texas Instruments Founder's Award, the Leroy Randle Grumman Award, the World Culture Council Award for Contributions to Science, the New York Academy of Sciences Award in Physical and Mathematical Sciences, the Bernd Matthias Award, the St. John's College of Science Award, and the St. John's College of Science Award. Matthias Award, St. Martin de Porres Award, Esther Farfel Award, John Fritz Award, Ettore Majorana - Erice Award, and IEEE Applied Supercomputing Award. - He is also the recipient of the IEEE Max Swerdlow Award for Applied Superconductivity. Prof. Zhu serves on the editorial board of several professional journals and is a member of the board of directors of the Alliance for Commercial Applications of Superconductors. He has served on numerous committees in the United States, China, and Taiwan, including the Presidential Commission on the National Medal of Science (2007-2009); the National Research Council's Committee on Research Universities (2010-2011); the Commission on the Globalization of Science and Technology - Opportunities and Challenges for the Department of Defense (2013-2014); the National Academy of Sciences, the National Academy of Engineering, and the National Academy of Medicine's Expert Panel on Smart Technologies. The Expert Panel on Smart Technologies (2015-2019).